The Lee Horneyer Company is proud of its long history as the Midwest’s top distributor for the tool, die, moldmaking, metal stamping, injection molding and die casting industries for over 75 years!

Founded in 1944, our company strives to uphold the motto of its founder, Leland H. Horneyer: “Be true to the market you serve. Have integrity, honesty, loyalty to your suppliers, commitment to your customers, and value the quality of your service.”

Those values have guided us at the Lee Horneyer Company for four generations and resulted in long-standing relationships with customers and suppliers that have endured for years.

ABOUT US BACK THEN

WWII was raging and Leland H. Horneyer, age 42, a self-educated former aircraft mechanic, saw a terrific opportunity to have his own territory selling pneumatic handtools. In 1949, Leland asked his son Robert (Bob) to join the company, and in 1980, current president Lee R. came into the family business. The company’s 30-year representation of Dayton Progress started a year later. In 2009, a fourth generation family member Ryan C. Reinhardt came on board and purchased the company in 2016.

The Lee Horneyer Company prides itself on being a dynamic group that is constantly upgrading our product offerings and services to you. We recently added an automation and special machining division and further strengthened our commitment to our core tool and die market by adding product lines from a leading supplier of tool and die components.

“Seventy-five-plus years and four generations later,” says President Ryan Reinhardt, “our company still strives to live every day by the lessons and values my grandfather and father taught me. They still ring true today, and, hopefully, they will endure for generations to come!”

“When I was an aircraft mechanic, you were always the first one to go back up in the plane–so you better do it right the first time!” 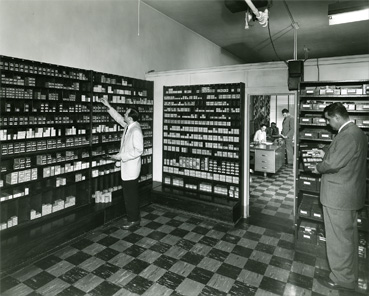 Be true to the market you serve. Have integrity, honesty, loyalty to your suppliers, commitment to your customers, and value the quality of your service.”

Founder of the Lee Horneyer Company